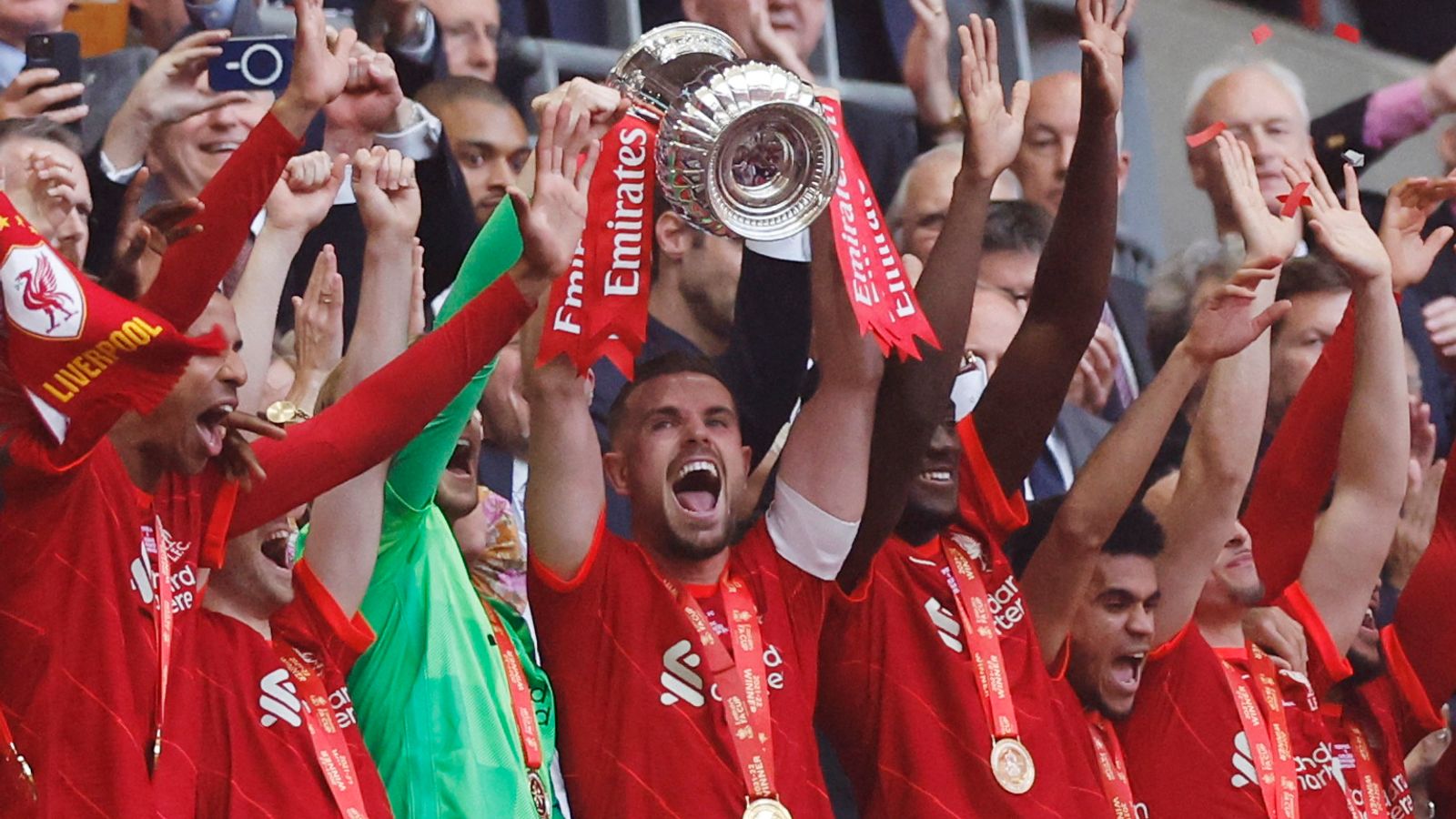 Liverpool have won the FA Cup after beating Chelsea in a penalty shootout during the final at Wembley.

The match was locked at 0-0 after extra time, with the Reds scoring six penalties to Chelsea’s five.

But Alisson Becker, in goal for the Merseysiders, denied Mason Mount before Kostas Tsimikas struck to seal the win.

Becker told the BBC it was a “proper fight” and “anything could happen”.

Regarding the penalties, he said: “I just needed to save the last one. I am so happy.”

Liverpool manager Jurgen Klopp told ITV it was an “incredible game” with a “fantastic atmosphere”.

It means Liverpool’s pursuit of four trophies this season is still intact.

The Reds also won the EFL Cup Final, again against Chelsea, after a penalty shootout in February.

Liverpool made a bright start on Saturday and had good chances to score in the opening section of the game.

There was disappointment for the Reds just after the half-hour mark, however, when star striker Mohamed Salah went off injured, to be replaced by Diogo Jota.

Chelsea also spurned several big openings during the first half.

Chelsea looked re-energised as the second period got underway but failed to take advantage of their aggression, while Liverpool’s Luis Diaz saw a shot slip just past the Chelsea post.

Apple reportedly showed off its mixed reality headset to board of directors
The successful defence of Kharkiv means Ukrainians can threaten Russia’s ambitions in Donbas
Australian PM Scott Morrison accidentally rugby tackles boy during football match
Tonga’s Volcano Was the Most Explosive Eruption Since Krakatau in 1883, Claims New Study
What is the Sue Gray report and what can we expect from the full findings?