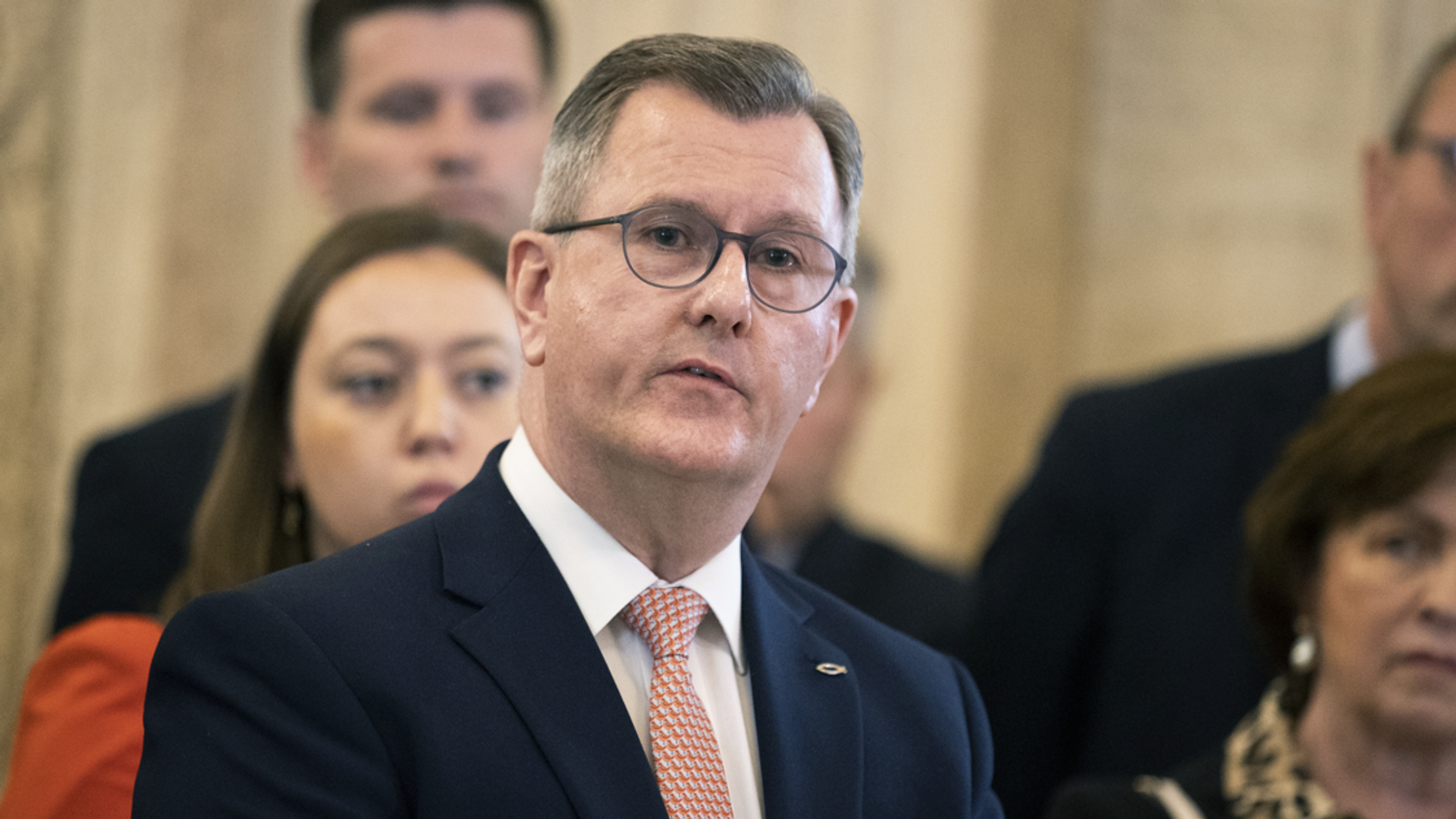 Northern Ireland’s Stormont Assembly has failed to elect a new speaker after the DUP said it would not support the process.

It means that the devolved administration is unable to function following last week’s election, which saw Sinn Fein emerge as the largest party for the first time.

DUP leader Sir Jeffrey Donaldson said the move was part of a protest against the Northern Ireland protocol.

Read more: What is the Northern Ireland Protocol and why does it matter?

He said he is sending a “clear message” to the EU and UK government about resolving problems with the post-Brexit trading agreement.

Sinn Fein’s leader in Northern Ireland said she would meet with British Prime Minister Boris Johnson when he arrives in the nation on Monday.

Michelle O’Neill said she would tell him to stop pandering to the DUP.

She said the DUP has “punished the electorate” and that “the public deserve better”.

Alliance Party leader Naomi Long said she was “appalled” by the DUP’s behaviour.

“But while this is a sad day for the people of Northern Ireland, it is a shameful day for the DUP.”

The DUP has also said it will refuse to nominate for the position of deputy first minister, which will block the formation of a new executive.

Both roles are equal and one cannot be in office without the other – under the rules of the devolved power sharing administration.

The 90 MLAs elected had met for the first time in the Stormont chamber since the election, where two candidates were nominated for speaker – Mike Nesbitt of the UUP and Patsy McGlone of the SDLP.

Neither of them received the necessary support.

Sir Jeffrey said it was time for Mr Johnson to outline what he intended to do to advance negotiations with the EU.

Read more:
Who is Sinn Fein’s Michelle O’Neill?
What is power sharing and why is it used in Northern Ireland?

“I believe that we need to send a very clear message to the European Union and to our government that we are serious about getting this protocol sorted out – because of the harm it is doing, undermining political stability, damaging the agreements that have formed the basis of political progress made in Northern Ireland, to our economy, contributing to the cost of living crisis – this matter needs to be dealt with,” he said.

“While others sit on their hands we are not prepared to do that. We need decisive action taken by the government.”

Unionists like the DUP oppose the protocol, arguing the Irish Sea border threaten’s Northern Ireland’s place in the United Kingdom.

The two main nationalist parties, Sinn Fein and the SDLP, support it as it prevents a hard border on the island of Ireland.