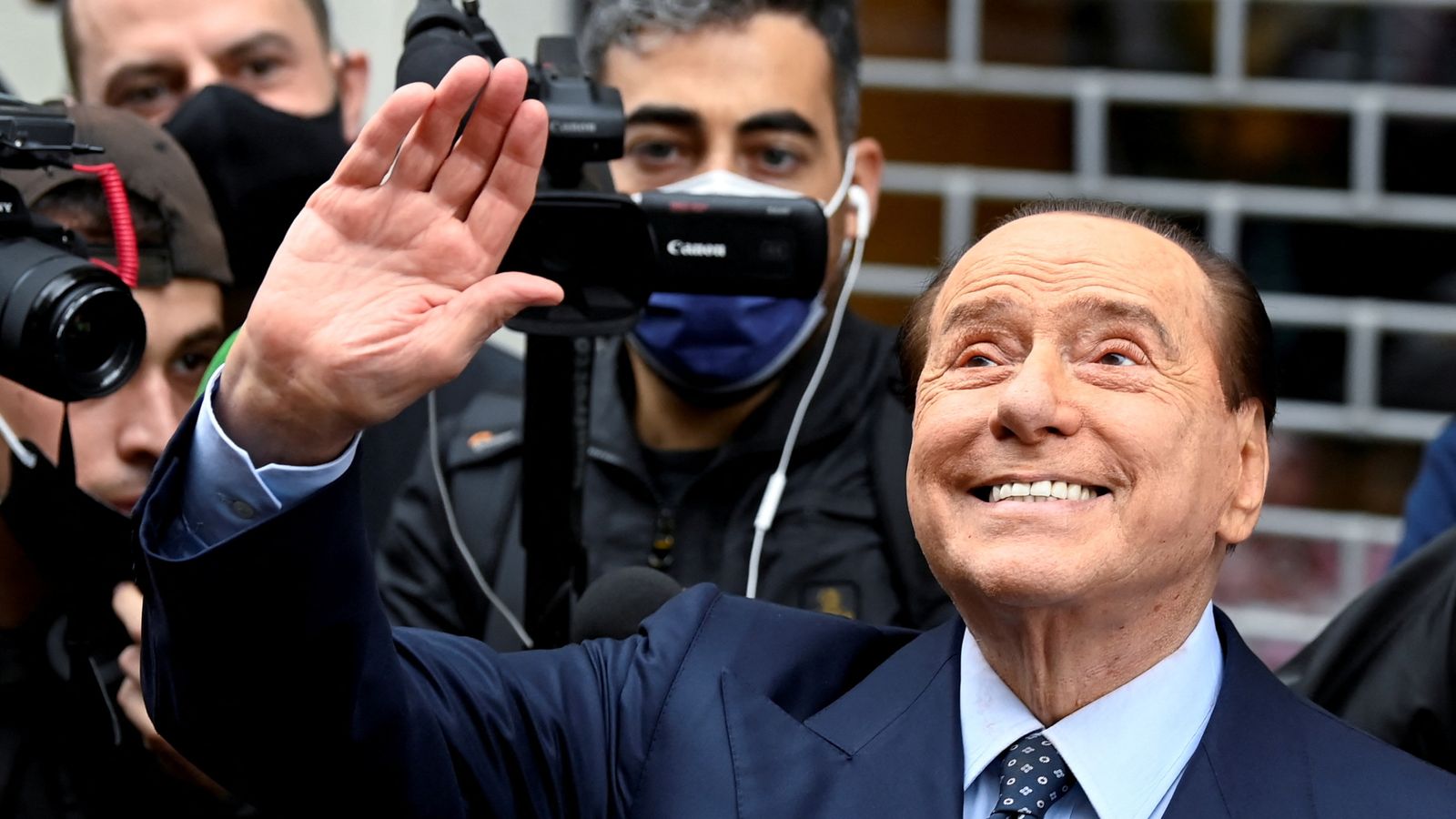 Silvio Berlusconi has been backed by centre-right parties in Italy as the country’s next president – but could he really make it?

The former Italian leader is an unlikely choice as head of state – a largely ceremonial post usually held by a unifying figure largely seen as being above the political fray.

Many commentators say Mr Berlusconi’s background – with his conviction for tax fraud and the “bunga bunga” sex parties – make him a far from ideal candidate.

And he faces an uphill battle as he tries to rally enough backing.

The 85-year-old billionaire media tycoon, who served four terms as premier, became the formal candidate of Italy’s centre-right alliance after a meeting at his Rome villa on Friday evening.

“The leaders of the coalition have agreed that Silvio Berlusconi is the right person to hold this high office at these difficult times,” a joint statement said.

The centre-right bloc said they would seek wide support for him in parliament, but Mr Berlusconi appears to lack the broad backing required to elect the president.

Many other parties, whose backing he would need to reach the qualified majority, are against him.

It said it was “disappointed and worried” by the decision of centre-right parties.

The anti-system 5-Star Movement, which has the largest number of MPs, has said it could never support Mr Berlusconi.

“The centre-right should not block Italy. Out here there is a country that is suffering and demanding answers. Let’s not play games at the expense of families and businesses,” said Giuseppe Conte, the former prime minister and 5-Star leader.

Who else is in the running?

Current Premier Mario Draghi, a widely respected former head of the European Central Bank, is another possible candidate for the role.

Other, less divisive figures than Mr Berlusconi, such as former Speaker of the lower house Pier Ferdinando Casini, have been touted.

Voting in parliament begins on 24 January. It is a secret ballot of some 1,000 members of parliament and regional representatives.

“Bunga bunga” and other scandals

Ms Berlusconi has been campaigning behind the scenes to persuade MPs to vote for him – and mobilised his media outlets behind his effort.

But he is a divisive figure, with a record of undiplomatic comments, controversial remarks and gaffes.

Mr Berlusconi has been plagued by sex scandals since news of his now infamous “bunga bunga” parties emerged more than a decade ago.

He faces trial related to an underage prostitution scandal, on charges he bribed a witness. He denies the charge.

Since entering politics in the mid-90s, he has also faced conflict-of-interest claims and accusations of using his media to promote his political career.

Whatever the odds, he remains undeterred.

This week, a family-owned newspaper ran a full-page advertisement entitled “Who is Silvio Berlusconi … who better than him?”

It featured a decades-old photo of the former premier and a list of his characteristics and supposed accomplishments.

The qualities include being “a good and generous person,” “a friend of everyone, enemy of no one,” and “a self-made man, an example for all Italians.”