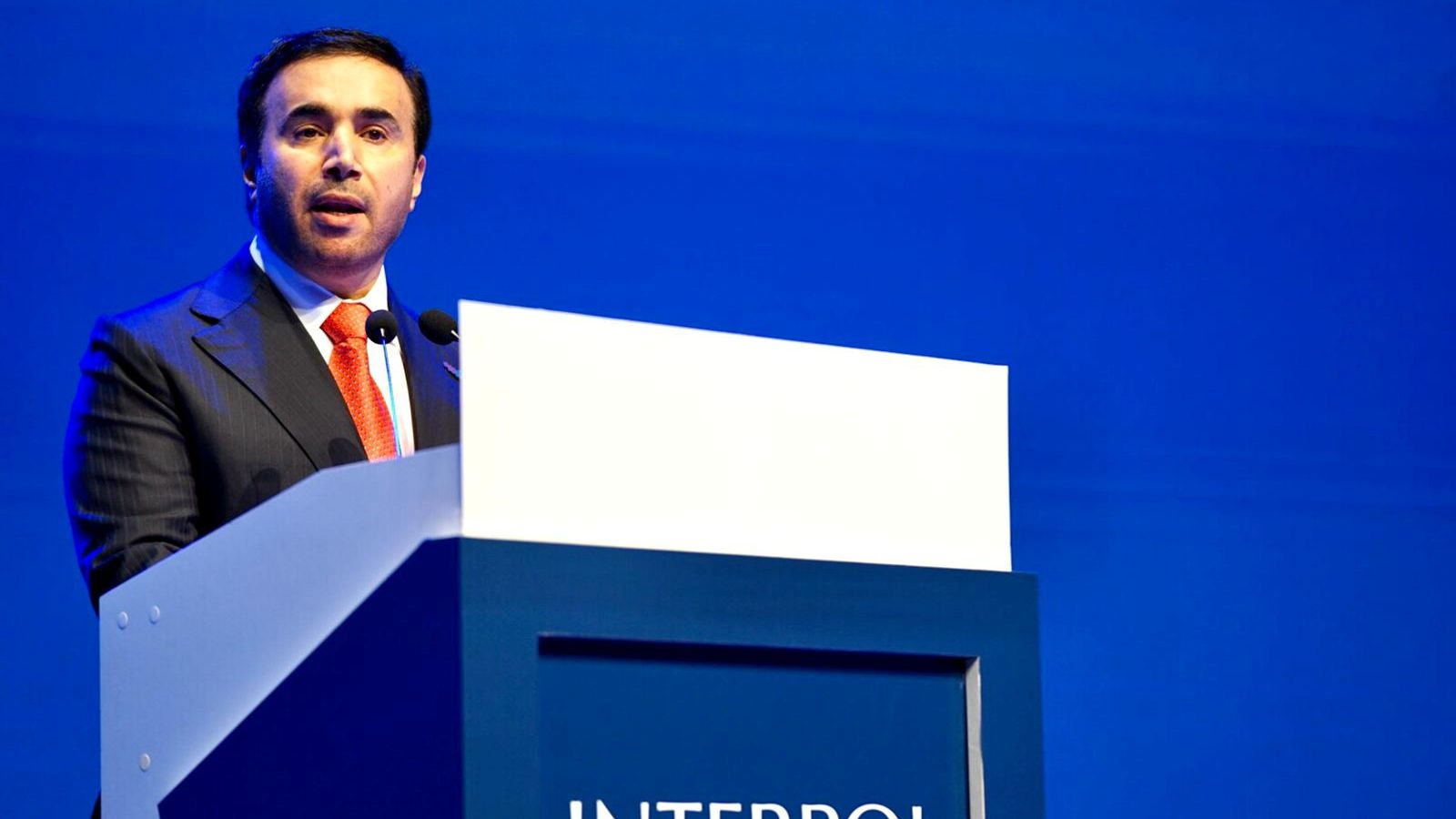 A major general from the United Arab Emirates being sued by two Britons over allegations of torture and mistreatment has been elected as the president of Interpol.

Ahmed Naser al Raisi, an inspector general at the UAE’s interior ministry, will serve a four-year term at the International Criminal Police Organisation after winning a vote in Turkey.

Mr al Raisi, a member of Interpol’s executive committee, has been accused of having roles in the mistreatment of Matthew Hedges and Ali Issa Ahmad when they were detained in the United Arab Emirates.

Mr Hedges, 34, was a doctoral student imprisoned in the UAE for nearly seven months in 2018 after being accused of spying.

Mr Ahmad, 29, from Wolverhampton, says he was detained in 2019 for wearing a t-shirt with a Qatar flag when the two Middle East countries were engaged in a diplomatic row.

Mr Hedges, an academic at the University of Exeter, said he and his family were threatened “by the Emirati security services within a building that Naser al Raisi … has responsibility for” in 2018.

“The possibility of al Raisi becoming Interpol president sets an extremely dangerous precedent where systematic abuses are legitimised and normalised for other states to continue using them around the world.”

Mr Ahmad says he was electrocuted, beaten and deprived of food, water and sleep.

The pair have launched legal cases against Mr al Raisi in Turkey – with their lawyer Rodney Dixon saying his clients would “redouble their efforts to seek justice for their torture and pursue Gen al Raisi in national courts wherever he travels in his new position”.

There are also legal cases against Mr al Raisi in four other countries, including France.

A spokesman for the UAE said any legal complaint filed against “Raisi is without merit and will be rejected”.

Human Rights Watch and the Gulf Centre for Human Rights said in May that Mr al Raisi’s election would put Interpol’s commitment to human rights in doubt.

Mr al Raisi won after three rounds of voting, with Interpol saying he received 68.9% of votes cast in the final round.

He said: “Interpol is an indispensable organisation built on the strength of its partnerships. It is this collaborative spirit, united in mission, that I will continue to foster as we work to make a safer world for people and communities.”

On a day-to-day basis, Interpol is run by its secretary-general – currently Germany’s Jurgen Stock.

The president carries out a supervisory role, guiding the general direction while also chairing its general assemblies and meeting of the executive committee.

Around 470 police chiefs, ministers and other representatives from more than 160 countries were at the summit to elect the new president, with each country getting one vote.

Mr al Raisi will take over from South Korea’s Kim Jong Yan, a vice president who took over the role when China’s Meng Hongwei disappeared half way through his term in 2018 in his home country.

He was later accused of bribery and other crimes by the regime.

A Chinese government-backed minister, Hu Binchen, has now been elected to Interpol’s executive committee as a delegate for Asia.